THE SPACE SHUTTLE: FLYING FOR ME

The Space Shuttle: Flying for Me can be streamed on Prime Video.
The program was previously licensed and distributed to PBS affiliates through American Public Television.

A limited number of DVDs were printed to support the broadcasts on public television. If you are interested in owning a widescreen DVD, they are available via direct sale. Just fill out your info on the contact page.

A decade after the last Shuttle flight, Atlantis (STS-135) in 2011, a thrilling tribute to the 30-year Shuttle program is ready for blast-off! The Space Shuttle: Flying for Me is a 60 minute film available now on Prime Video. 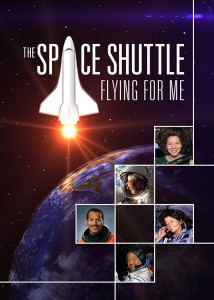 The Space Shuttle: Flying for Me is a three-act adrenaline rush. Act 1 shares the Shuttle experience in first person. What’s it like to fly on the Shuttle? Astronauts provide detailed and exciting descriptions of the deafening noise, vibrations, and kick-in-the-pants of a Shuttle launch.

Act 2 shares the story of how the space program diversified with women and minorities joining NASA during the Shuttle era and honors its science legacy through the adventures of the missions to the Hubble Telescope.

Act 3 celebrates the Shuttle’s greatest achievement – the International Space Station – and shares the experience of the cosmos through the eyes of the astronauts who walked in space to build it. The program ends with a look into the future and a touching story of astronaut Clayton Anderson, Nebraska’s only astronaut who waited many years for his opportunity to fly into space.

“The film is not so much a detailed history documentary,” said producer and writer Tim Weeks of TWAPictures in Nashville. “The program is a collection of memories and emotions of the human drama surrounding 30 years of the U.S. space program.”

“We ran into raw emotions in the re-telling of the Columbia disaster (2003) like it happened just yesterday and that surprised us,” said Weeks. “But everyone we interviewed also has this hopeful outlook of what the future in space will be, so we think The Space Shuttle: Flying for Me will provide a real inspirational spark for our next generation of space explorers.”

“Flying for Me means that every person could look at the space program during the Shuttle years and see their own potential…after meeting kids at Space Camp in Huntsville, AL, and aerospace engineering students at Georgia Tech, we know the Shuttle is an icon of the American space program and it will influence our future for many years to come,” concluded Weeks. 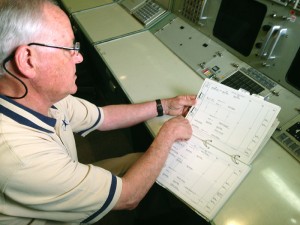 Milt Heflin discovered an old Shuttle flight log in the Apollo Mission Control Room while we were shooting in March 2014. 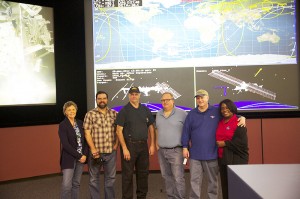 What Others Are Saying

“This is probably the best astronaut focused piece I’ve ever seen… presenting a noble endeavor, being able to allow the audience to get the ‘feel’ of what the players felt along the journey is a special talent…beginning to end, very nicely done…in an hour you all knocked it out of the park…’Flying for Me’ came through loud and clear…”

“To borrow a phrase from Milt … holy cow. What a great job on the film!”

“An excellent job of documenting the technical aspects of the Space Shuttle as well as capturing the expertise and emotions of those who worked on the ground and those who flew this incredibly complex and capable space vehicle. I enjoyed watching my friends and coworkers as they relived and commented on their experiences working in the Space Shuttle Program. My wife told me she cried during portions of the program because The Space Shuttle: Flying For Me brought back so many memories.”

“’Flying for Me’ captured not only technical aspects of the Space Shuttle program but the voices of many of the people who put their hearts and souls into it. All of us who flew on these magnificent birds will be forever grateful to those men and women who made the program possible. Knowing that we were flying for them and our country was the best part of being astronauts.”